The Beginning of New Ideals and Edmond Holmes

There were three key male figures behind New Ideals in Education, who helped create the first conference and supported the organisation and later conferences.

As already mentioned, in the last blog, there was Rev Bertram Hawker, who went on to work with Save the Children, the international student union movement and helped Kurt Hahn to establish (1934) Gordonstoun School. Edmond Holmes and Earl Lytton were the other two.

Edmond Holmes had been Chief Inspector of Schools and like Bertram Hawker, was interested in Montessori, visiting her in Rome (late 1910) whilst using an interpreter, and writing a report for the Government (published 1912). Though he had originally been inspired before 1911 by a different woman, the headteacher of Sompting School, Harriet Finlay Johnson. This lead to him promoting her and her school to local authorities and assisting her engagement with other teachers and educationalists.

He was determined to seek out innovative practice, to observe it and share it with others, this was how to define and bring about the modern school. He argued that all inspectors, who knew of innovatory methods should do the same, and that there should be a Clearing House for such experiments. This would later be set-up for the world as the International Bureau of Education, now part of UNESCO, partly from people involved in the New Education (International) Fellowship and New Ideals. Though the history, as usual, was dominated by the Fellowship's founder, Beatrice Ensor, who wrote out the influence of New Ideals, though this history was contested publicly at the time.

“Ladies and Gentlemen – Experiment Days is for me the fulfilment of a long cherished dream. For five years I was what is called Chief Inspector of Elementary Schools in England, in which capacity I visited every district in the country and got to know every inspector. My colleagues showed me sport, in the form of interesting schools; and it did not take me long to discover that in many of our elementary schools experimental work of an original type was being done, and remarkable results – not of the conventional order – were being produced. But what distressed me… Apart from HM Inspectors, the local inspector, or director, a few neighbouring teachers, and the parents of the children, no-one knew what was being done… I felt then what an urgent need there was for the establishment of what I may call a clearing-house for educational ideas and experiences…” Edmond Holmes, August 18th 1917, New Ideals Conference, Bedford College, p85

He wrote What Is and What Might Be (1911), which was based on his views of Sompting School being the model school of the future, what all schools should be like. His hero was Harriet Finlay Johnson, who had started using nature in all her lessons, to teach maths, English, history... and then realised that drama was the key creative element in her teaching method. She later wrote one of the first books on the use of drama as a teaching method, The dramatic Method of Teaching, (review in New Statesmen 1911).

Harriet Finlay Johnson was invited as a key speaker at the Montessori Conference in East Runton. Edmond Holmes gave several presentations about her work.

Holmes was very influential in effecting the views of powerful people, he visited Sir William Mather, the industrialist, who subsequently became an enthusiastic member of the New Ideals community, funding such things as 6,000 free pamphlets for teachers describing five case models of successful practice in 'liberating the child'. Published in 1917 they were distributed free to teachers requesting them, and were all distributed by 1918.
Other people included  Sir Robert Morant, Holmes' previous boss, Permanent Secretary to the Department for Education, who attended and chaired presentations at several New Ideals Conferences.

Holmes is also recognised as influencing many people in supporting the work and values of Maria Montessori.

He was on the organising committee of New Ideals, attended all the conferences that he could, and spoke at numerous events, including on comparing the educations systems of Germany and England, linking their outcomes with the war.

“The pressure of autocratic authority tends to externalise life. The verdict of authority – external, visible, embodied authority – takes the place of the verdict of experience, of life, of Nature. An officer’s or a teacher’s estimate of worth is accepted as final and decisive. An examiner’s certificate determines a man’s ‘station and degree’. Class lists, orders of merit, prizes, medals, titles, grades, and the like interpose themselves between the soul and the ultimate realities of existence. Under such a regime the sense of intrinsic reality is gradually lost. What is reported to be is a man’s chief concern, not what he really is.” Mr Edmond Holmes, New Ideals in Education Conference 1915, 'Ideals of Life and Education – German and English', P14.
Like many other activists in the movement Holmes was interested in religions from the East, Buddhism, pantheism, mysticism and theosophy, in the free development of the spirit or soul. 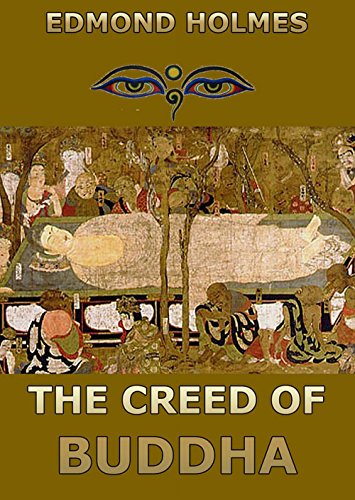 His publications include (as listed in Wikipedia):


A brilliant set of essays were published by Personalised Education Now in their journal Spr/Sum 2010-11  Issue No 14, ISSN1756-803X, Special Issue celebrating Edmond Holmes.
Posted by slownsail2001 at 5:29 PM