The First World War and the Home Front 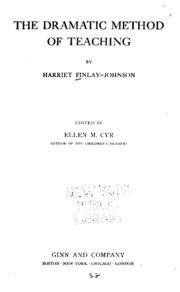 The New Ideals in Education community was founded at the Montessori Conference in July 1914, before the outbreak of war. It was inspired by the huge interest in Montessori through national tours of lectures and reports from 1912 onwards, and  the inspirational works of Lillian de Lissa in Kindergartens, Harriet Finlay Johnson’s work on nature and drama at her school in Sompting, Homer Lane’s work at the newly founded Little Commonwealth, and Norman MacMunn’s work on democratic teaching in the classroom.

On the way back from the Conference, on the train, Earl Lytton, President of the Conferences, reports that he met a Minister and they talked about the likelihood and the dire consequences if we were to go to war.
"As I was coming down in the train from last year’s inspiring conference at East Runton near Cromer I met a Cabinet Minister, who expressed great anxiety concerning the consequences of the war which had just broken out between Austria and Serbia, which if it involved other European nations, would produce the ghastly experiences, and so change all the conditions of life that nothing would ever be the same again...” Earl Lytton, 1915
This is important as the development of a schooling system ‘to liberate the child’, with its emphasis on growth and freedom for the child, maybe seen, by some, as a response to the horrors of war, though it did most certainly heighten the issues at stake.
It was more in response to poverty and industrialisation, and the movements to large cities, with the threat of rural depopulation, and the question of identity and community, as people moved away from their birth places, families and churches, and crafts became replaced by industrial production. 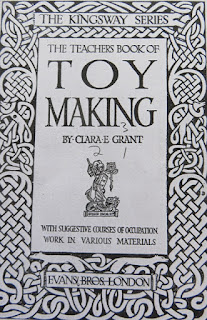 From 1870 England had a national education system for children up to eleven and twelve years old, overseen locally by elected school boards, including women as members. Some thirty years, before the beginning of the new century, for experimentation into how national schools should be run. Several of the many examples of such teachers to experiment with methods of teaching and dynamics of the classroom are Harriet Finlay Johnson, Clara Grant, John Arrowsmith, Norman MacMunn, A.S.Neill, Muriel and Doris Lester. The conference of 1914 brought many of them together, people who had had years of innovation and practice but who felt sometimes alone, bringing them together with newer examples, and those looking for inspiration.
The start of war brought a discussion on the importance and relevance of the conferences, which indeed got bigger each year, 1914 there were 250 delegates, 350 in 1915 and some 400 in 1916. Whilst our young men were being killed at the front, was it important to present, share, discuss and promote new schooling methods?
“This, as some of you will remember, was on the eve of the War. Under the shadow of that impending catastrophe a movement was initiated which, if successful, would go far towards making such catastrophes impossible, seeing that its object was to work for a constructive freedom, in which the latent energy and capacity for doing good inherent in every child, would have an opportunity to unfold , and in which the spirit of comradeship would therefore thrive apace.”  Bertram Hawker.
There were several threads of input that focused on the war, apart from mentions of how it affected projects like the cooking lessons that were inspired by previous Conference presentations, and needed to take into account the need not to waste food because of submarine’s torpedoing our merchant ships. Luckily all the ingredients were successfully used, and the products were either eaten by the girl’s families at home or sold to the boy’s school.
There was the comparison between the German education system and the English and how they related in terms of going to war, exploring the values of nationalism, obedience, identity and the concept of democracy.
“The traditional ideal of education may be set forth in the homely words ‘Do what I tell you’. This ideal of education Germany has adopted as her ideal for life. ‘Do what I tell you’ is what the German teacher says to the pupil, what the German Officer says to the soldier, what the German official says to the citizen, what the German State says to the people, what the German people would like to say to the rest of the world.” Mr Edmond Holmes 1915    Ideals of Life and Education – German and English  P18
There was the link between the psychological problems and therapy of soldiers for shell shock and  the dehumanisation of the child through industrialisation and poverty, as expressed by Wilfred Owen’s doctor, Dr Arthur Brock, speaking at a New Ideals Conference, 1919.
“These are people who know how to “make a living and are yet quite ignorant of how to live. Such people, as soon as they get outside the beaten track of their own particular professional reaction, and emerge into the broader battlefield of life, drift like rudderless ships, and often founder."
He urges the conference to sustain the mental health of our children by founding their learning in schools on creative making, developing the enthusiasms of the children to arts, crafts, working with hands within the context of local history and culture.
There was also the training of soldiers, fit to fight for democratic values, as part of experimenting with teaching methods. Finally there was to be the legacy of the conflict, to create a world fit for soldiers to return to.
The issue of women’s rights had been part of the social make up of schools, most elementary and nursery teachers being women, who were also to be found active in the Suffrage movement. The lack of men as workers due to conscription, reinforced the dominant role of women in schooling, but also in inspection and local government. The venues of the conferences were supported by women academics, like the Bedford College for Women in 1917, and the reports were published by the Women’s Print Society, London. 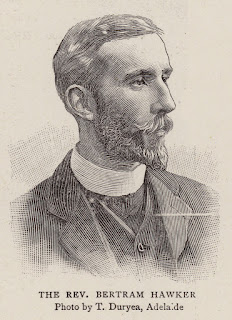 Bertram Hawker, replacing Earl Lytton, who was busy with the Transport Bill, opened the 1919 conference and thanked the women, many of whom were or had been struggling for the right to vote, and for equality.
"...kindness and self-sacrifice of the principles and staffs of certain colleges of Women...” 1919
The use of history education to engage children in the understanding of the causes of war was explored through the development of methods of learning through research and critical questioning. How to judge evidence. Exploring how historians create their concepts of history.
Finally there was the question of the relationship between teaching and the prevention of war.
"It is surely significant that notwithstanding we are engaged in the most terrible conflict which has ever ravaged Humanity, there should yet be found time for us to meet together to discuss, not war and its accomplishments, but Education, the offering of Peace; and to give expression to those new ideals which animate us.
"It is not an exaggeration to say that the outbreak of war came as a shock – that many of us sustained a mental upheaval, which overthrew the ideals and ideas of a life time. Those who laboured, it matters not how humbly, for the uplifting of their fellows, were filled with despondency; and I do not hesitate to say that some of us asked in weariness of spirit, “to what end have we toiled?” The Montessori Principle in the Elementary School by Mrs Hutchinson, from Catherine Street LCC School, 1915.
(The research this summary originates from can be read in the articles section of the website: New Ideals in Education)
Posted by slownsail2001 at 3:17 AM